BPM Rx was built to help motivate your clients with the highest-quality exercise handouts in the health and fitness industry. As someone who prescribes exercise for a living, you take pride in choosing the right exercise for the right person. With the BPM Rx software platform, you can find and issue the optimal movements for each of your clients.

BPM Rx launched in 2009, as one of the world’s first web-based exercise prescription platforms. The initial release filled a niche with a movement selection not seen in other HEP software services. From bodyweight skills, kettlebell drills, and barbell lifts, it brought sought-after variety to exercise professionals.

The second edition was released in 2019 with an updated user interface and the ability to email or text directly from the website. New exercise modalities like maces and Indian clubs were added, bringing the library to nearly 1300 curated images. Likewise, user-feedback led to other features such as the ability tag favorite exercises and save routines for faster use. 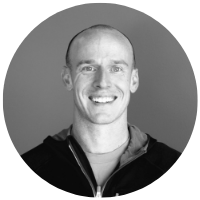 Ben Musholt is a physical therapist and entrepreneur who lives in Portland, Oregon. He graduated with his physical therapy degree in 2001 and he is currently working on a second bachelor’s degree in computer science at Oregon State University. In 2016 he co-authored the book Parkour Strength Training, and in 2017 he released a second edition of the Mad Skills Exercise Encyclopedia.

His goal is to do three fun physical activities every day. Good luck keeping up!